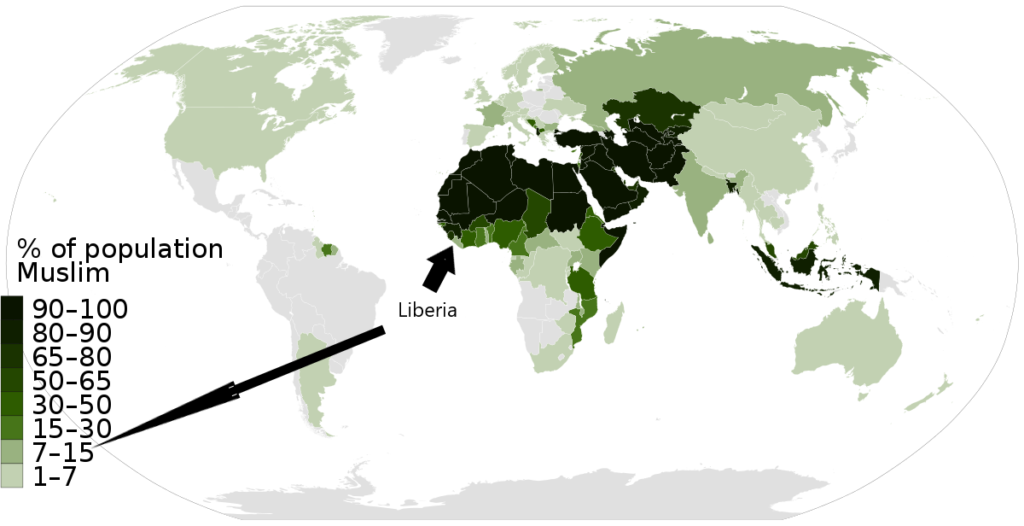 The nation of Liberia is a nation in distress. Unemployment, disease, and corruption plague the nation like vultures on a carcass.

Of all the obstacles faced by Liberia perhaps the greatest is the onslaught of Islam in the nation. All of the conditions above make it a prime target for radical Islam. Liberia is already surrounded. The map above shows the concentrations of Islam around Liberia. While this map shows that Liberia is currently 7 to 15 percent, the figure is actually much higher likely in the 45 percent range. Violence between Christian communities and encroaching Islam is on the rise. Churches are being burned and Christians are being persecuted.

In early 2019, the Holy spirit plainly told us to go and build a wall against this onslaught. We did and the response by the Liberian church has been amazing. Currently, more than one thousand churches have joined the effort from around the country. God is moving to mobilize His army.

This will not be an easy battle but we are committed to stand with these dear people. The average Liberian makes less than $5 per week, if they have a job. You would think cost would be low in a country such as this but inflation is soaring. These people realize that their hope is not of this world. Maybe we could learn a lesson from them.