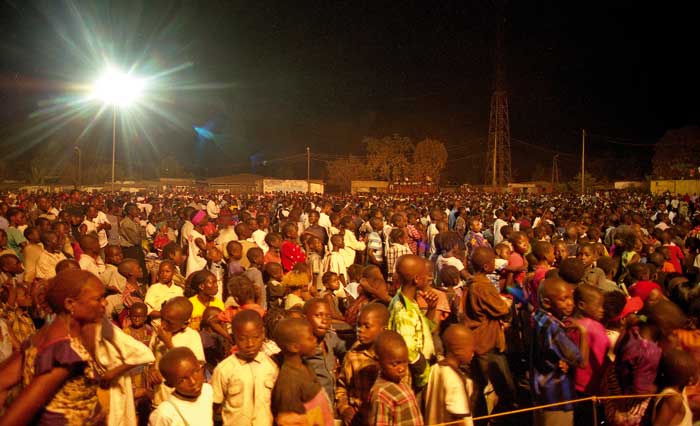 Liberia has been one of the most amazing opportunities I have seen in 16 years of leading this ministry.

I first traveled to Liberia in 2013, spending only a few days there. I saw potential but did not get the release of the Holy Spirit to return. In early 2019, I clearly heard the Spirit say “Got to Liberia and build a Wall”. I had no idea what this meant but began the process of updating myself on Liberia. I quickly realized what was happening. Liberia is being overrun by Islam. The wall I was instructed to build was a spiritual wall to stand against this onslaught.

In early March I returned to Liberia, still a little unsure of how to make this happen. After spending time in prayer with my contacts there, we decided to form a network of churches to begin the process. Little did we know what God had in store. I thought was if we could get thirty to fifty churches in the first year we would have a good start. God had much more in store than we could have imagined. Just under one year later, we have nearly one thousand churches.

In March I will return to do a very large conference with these churches to start the process of training and encouraging them to stand against the encroaching enemy. I covet your prayers for this time. We will hold the conference in Bong County which is the very front lines of the current battle.

This is a costly endeavor. It will cost us around $15 per person to sponsor this conference. Doing the math, that puts our budget around $15,000.00. If you could help with this it would be appreciated. Click the link below and 100% of your donation will go toward this conference.

Thank you and may God Bless You!

Other posts by this author

View all posts by admin